Sometimes when you get a bass in the workshop you instantly know it´s going to be… well not an easy job. This 1966 Jazzbass was a bass like that. The customer, a very nice local guy was not TOO impressed with the guitar workshop in Malmö who refretted the neck and suggested this would help. Well, not really, the fretboard was loose at the end, the trussrod was in pieces, the fretjob was sloppy done as well.

After a quick examination i concluded:

I have seen so many jobs where someone heats the fretboard and bangs away with with a chisel.. I´m not too keen on heating a neck that much for many reasons so i put it in the planing jig and routed the neck until the neck was level up to the last 1/100 mm. The trussrod channel filled with quartersawn maple and routed for the doubleaction rod.

The customer wanted a modern feel with silky smooth poly so i went for preserving the old finish underneath while giving it a mirror shine polyurethane. With all the cracks and dents intact.

This became the best Jazz i´ve ever played and the neck is ridicolously straight for a Fender. The customer was so happy with his new born bass he left another one for a refret job.

Sometimes it´s really fun working on a bass where the starting point wasn´t too good. It was a wreck and now it´s got a new lease of life. Happy journeys! 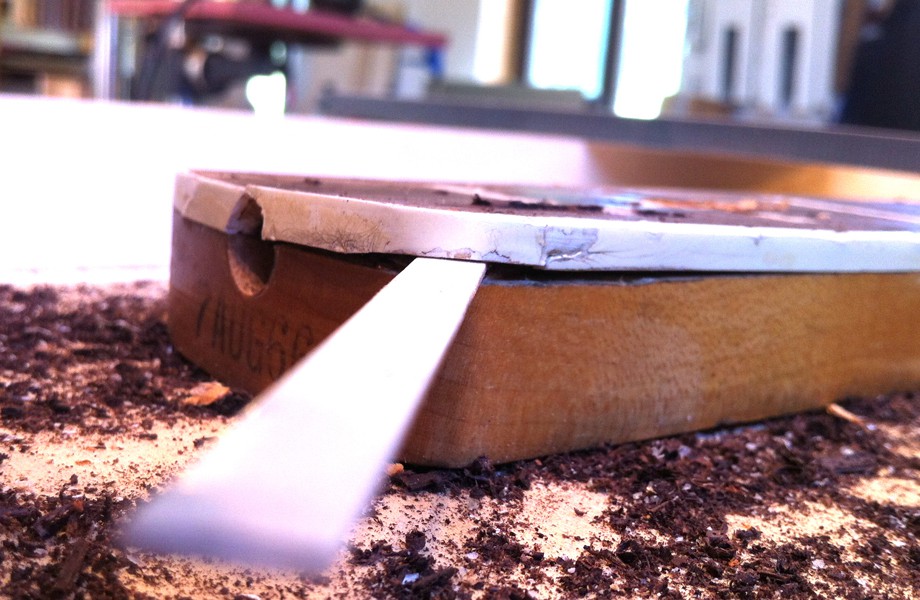 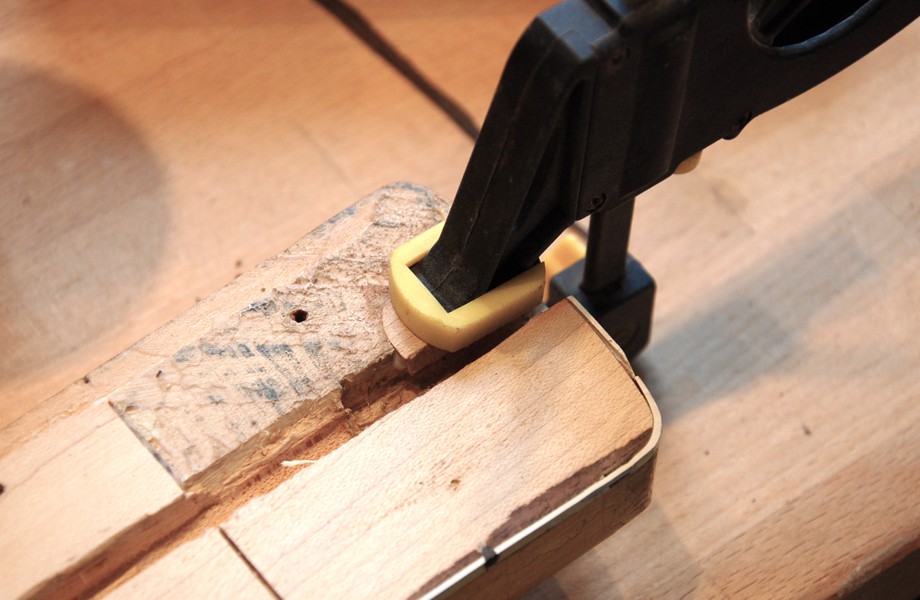 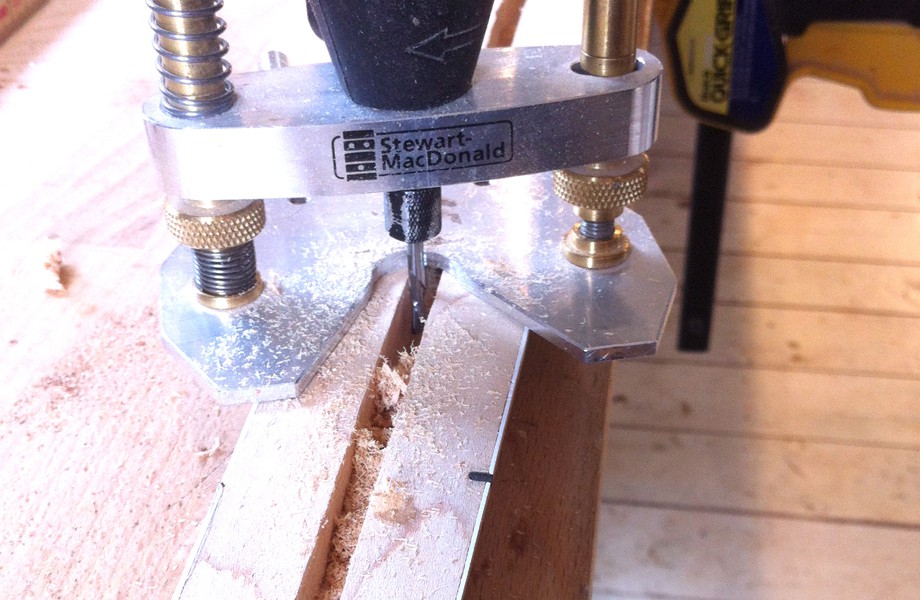 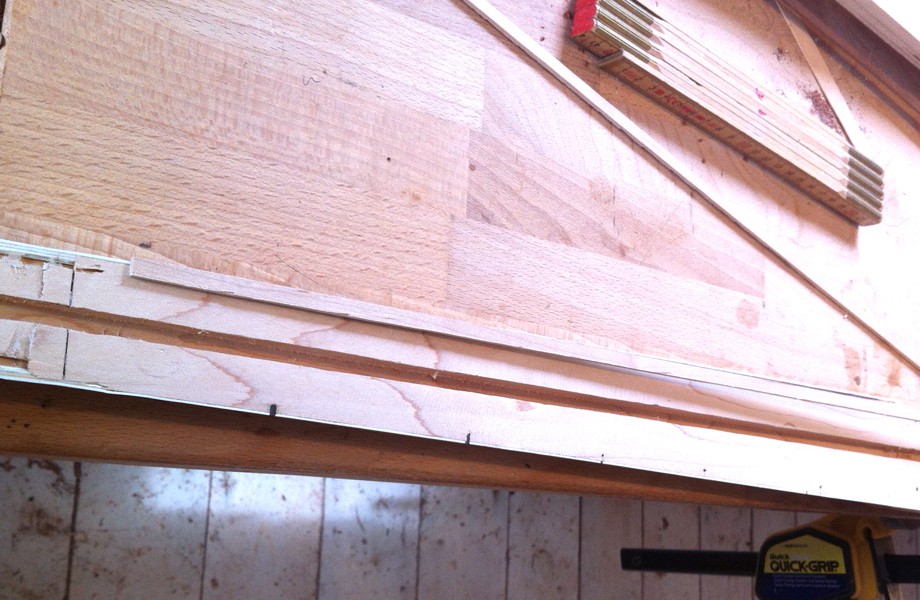 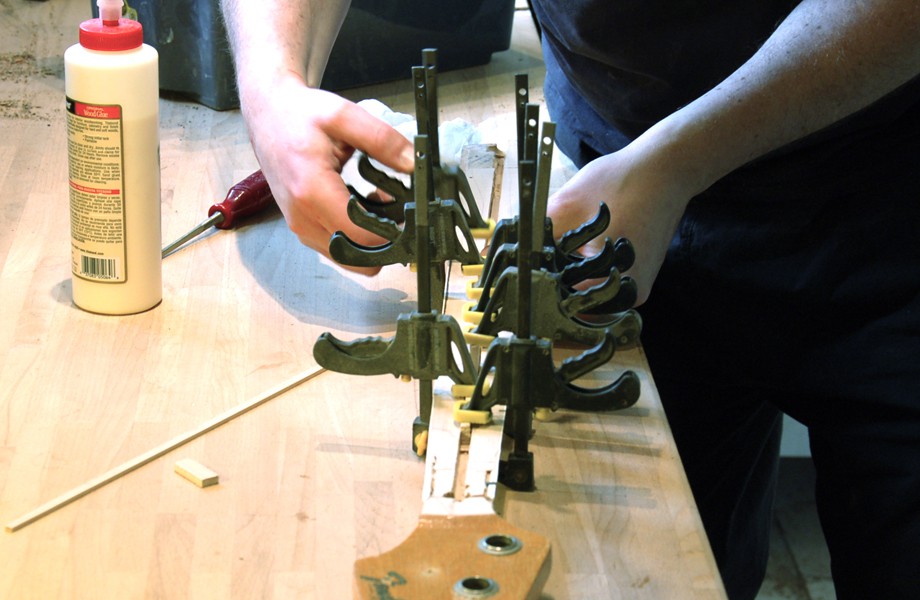 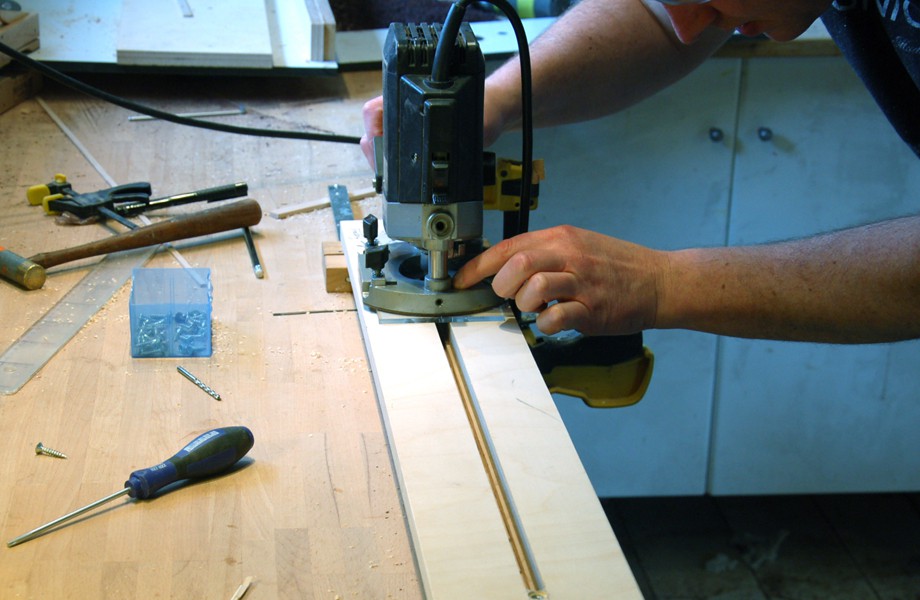 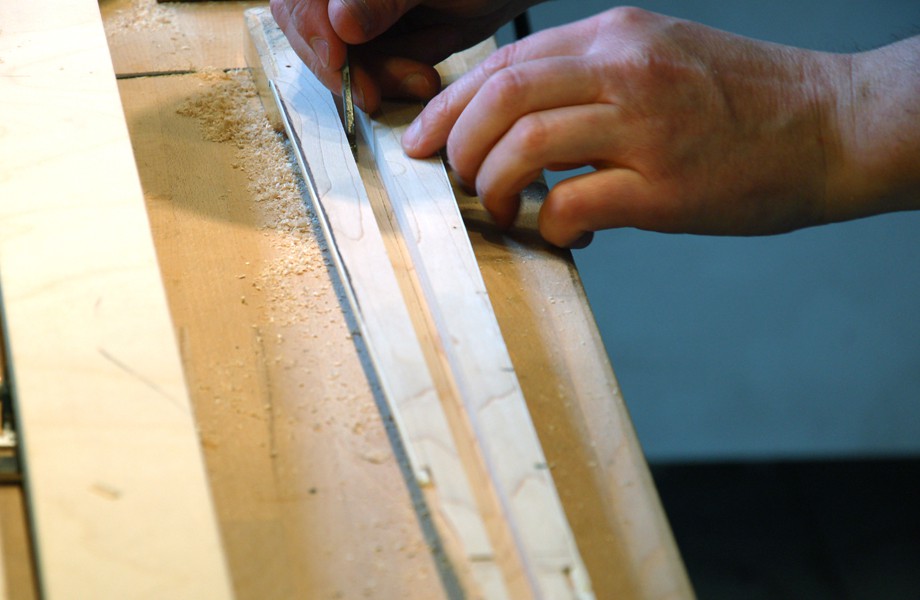 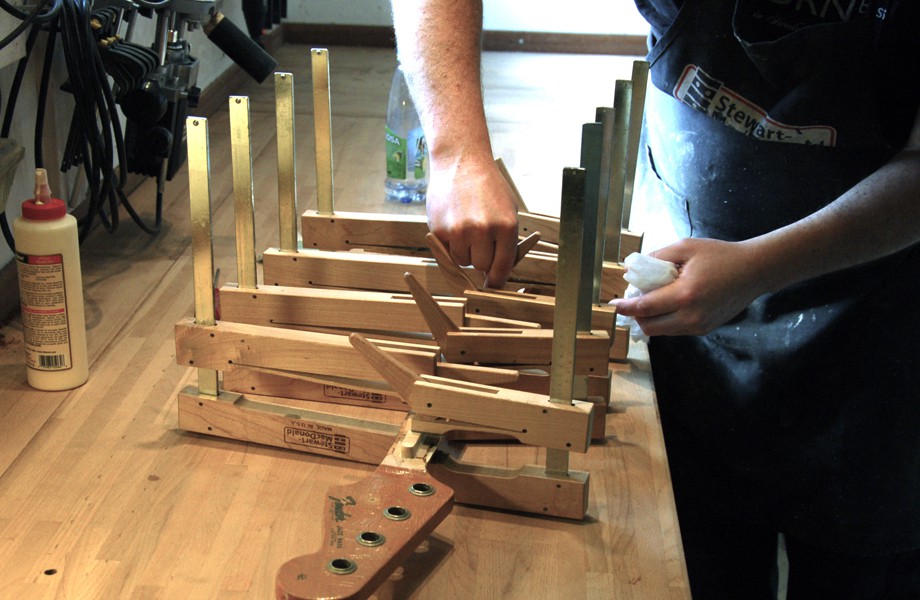 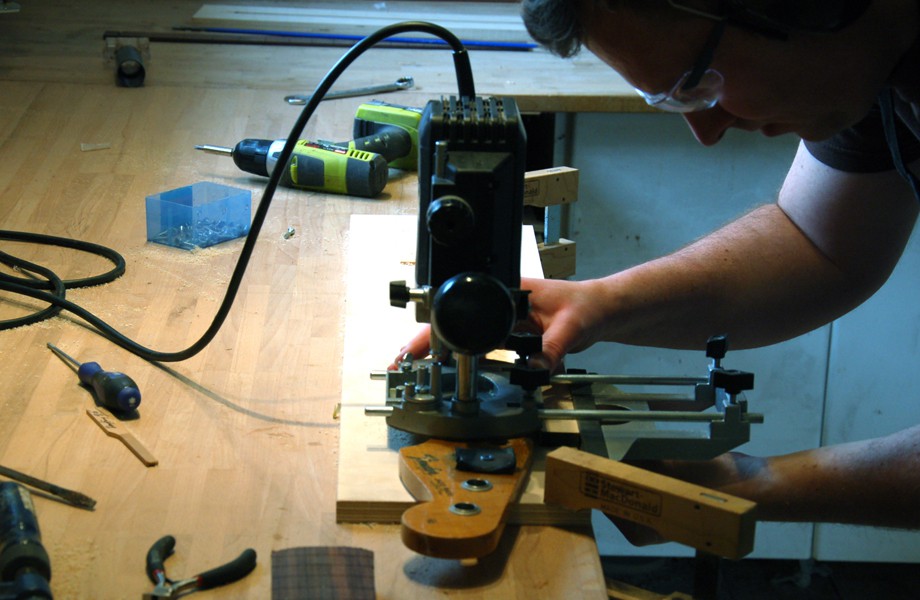 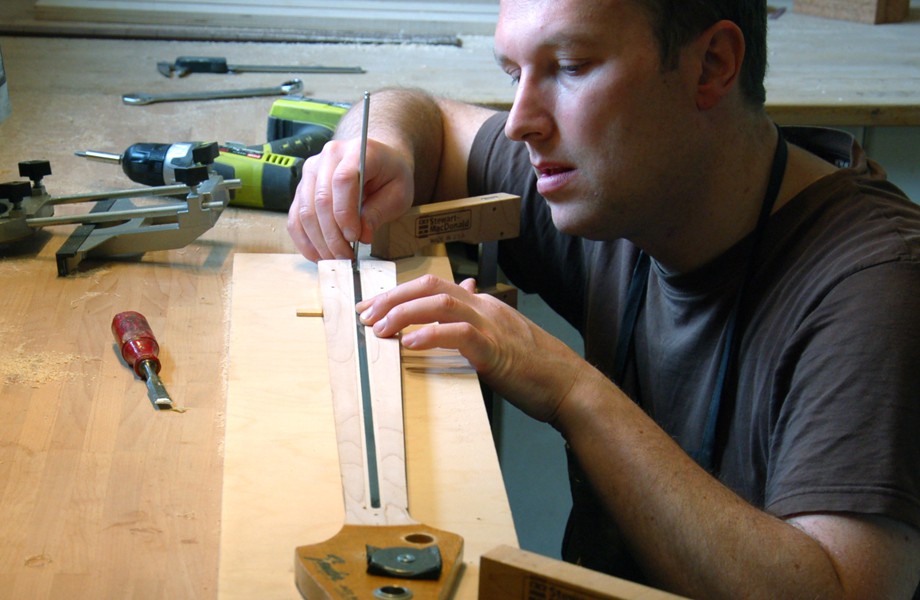 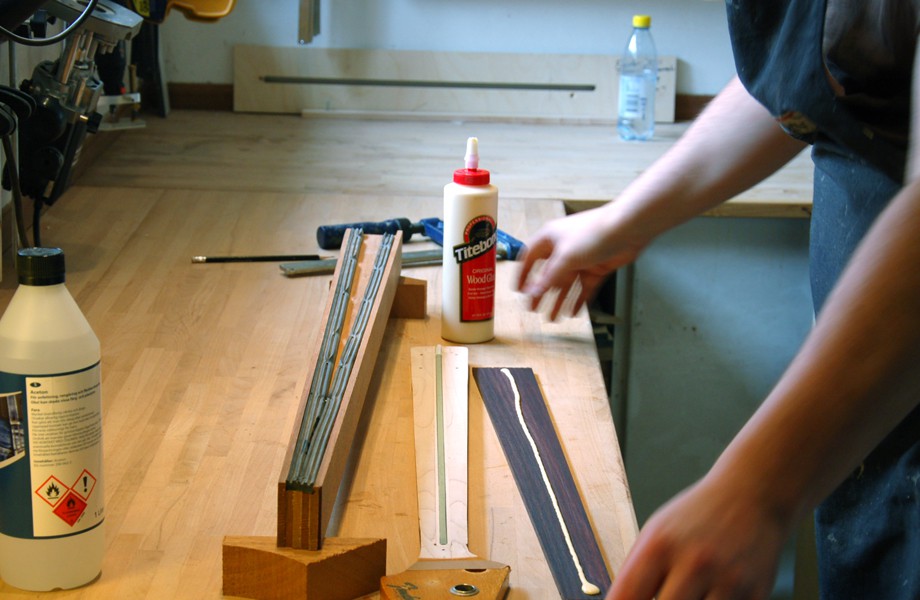 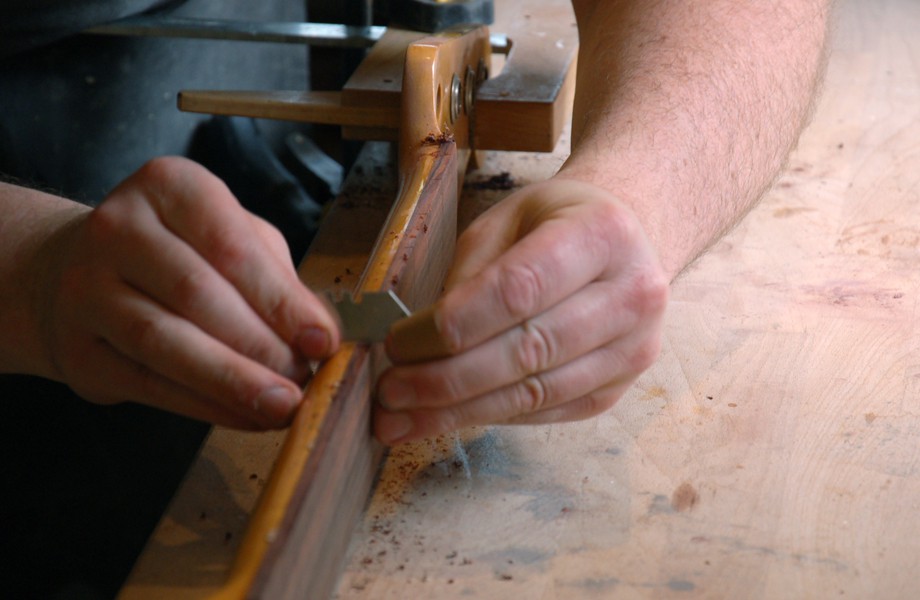 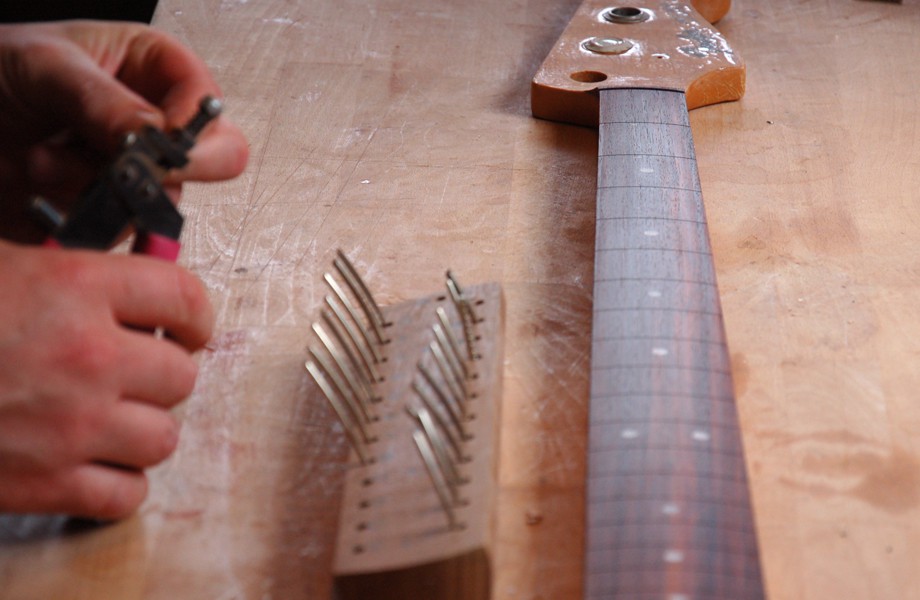 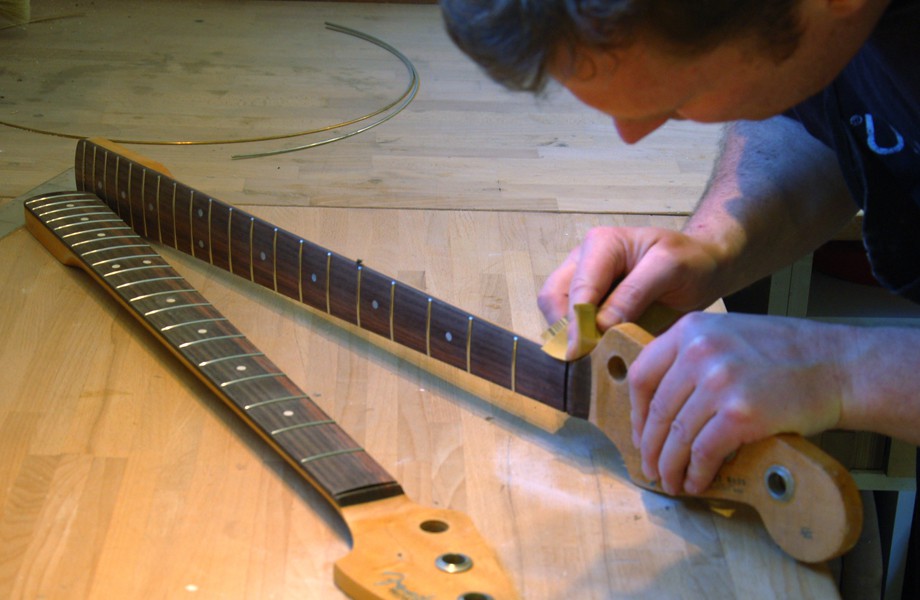 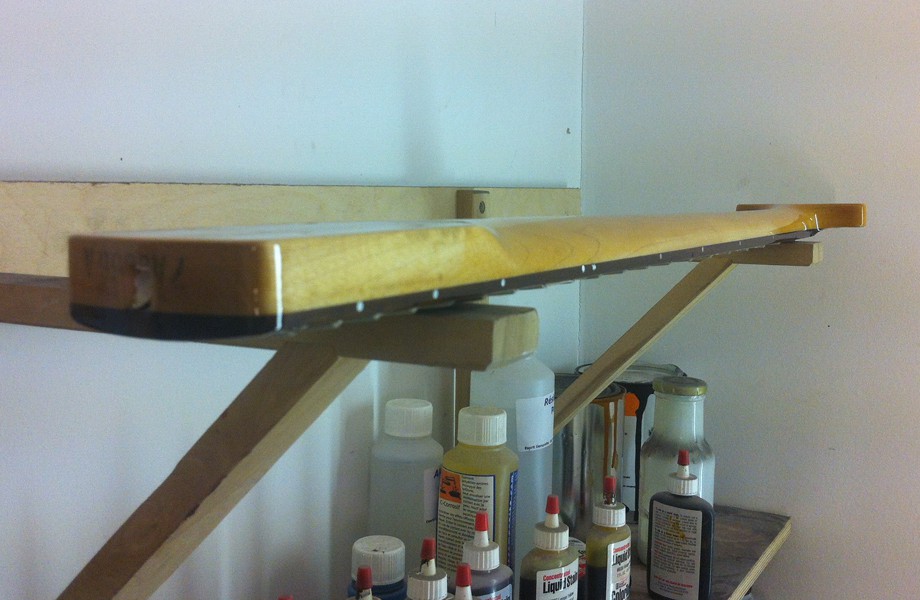 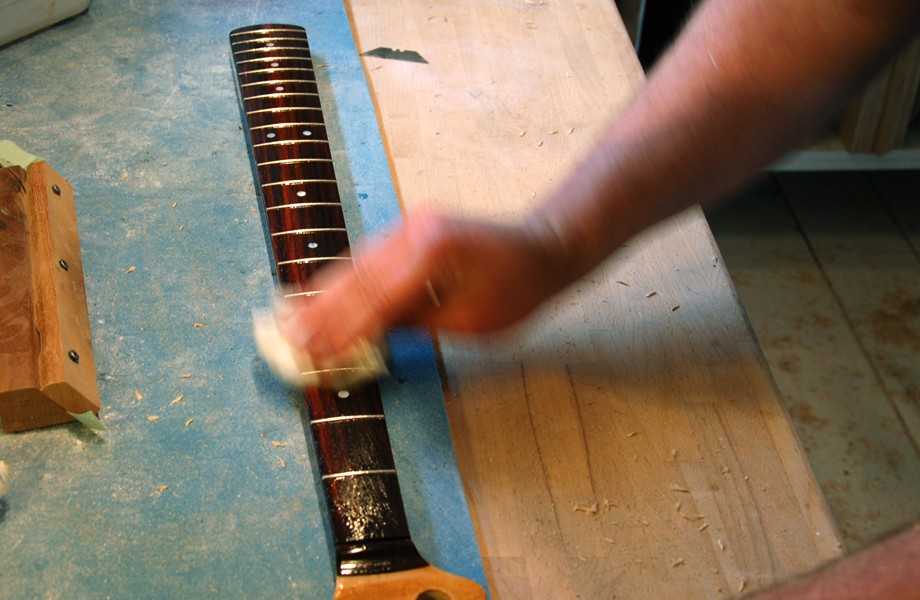 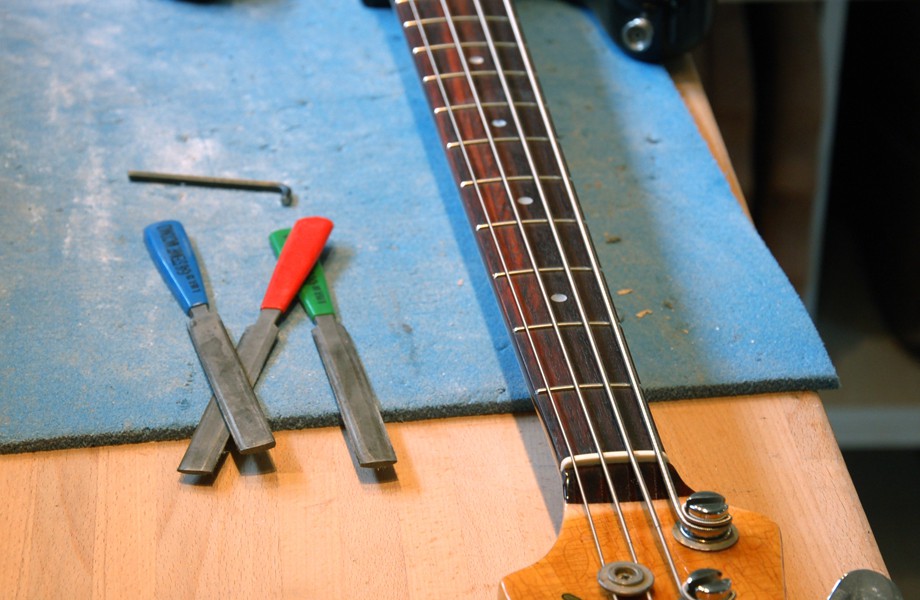 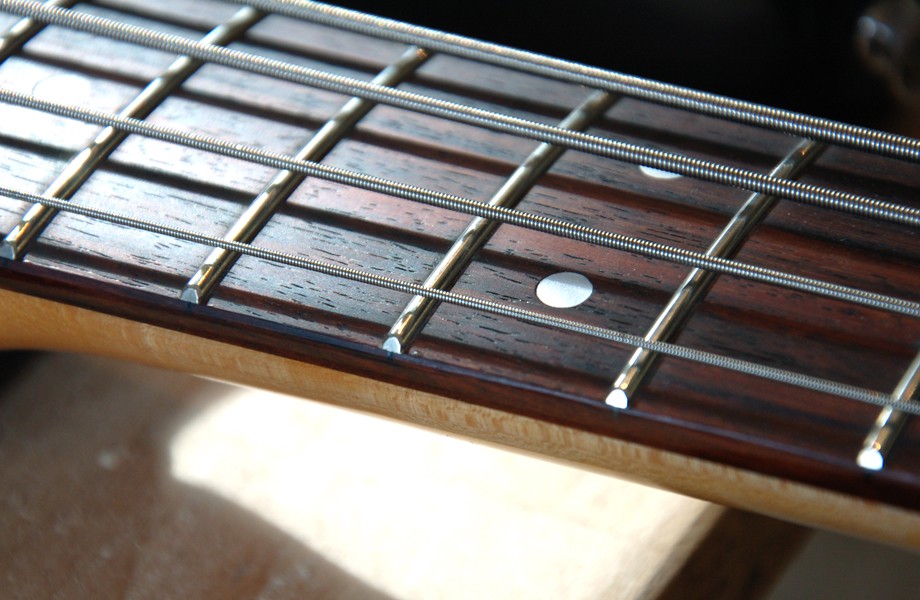 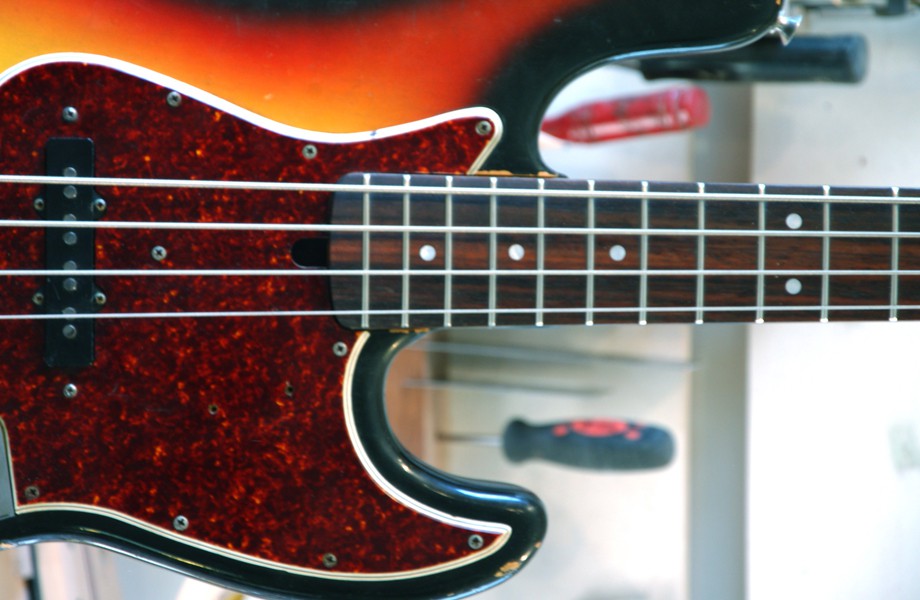 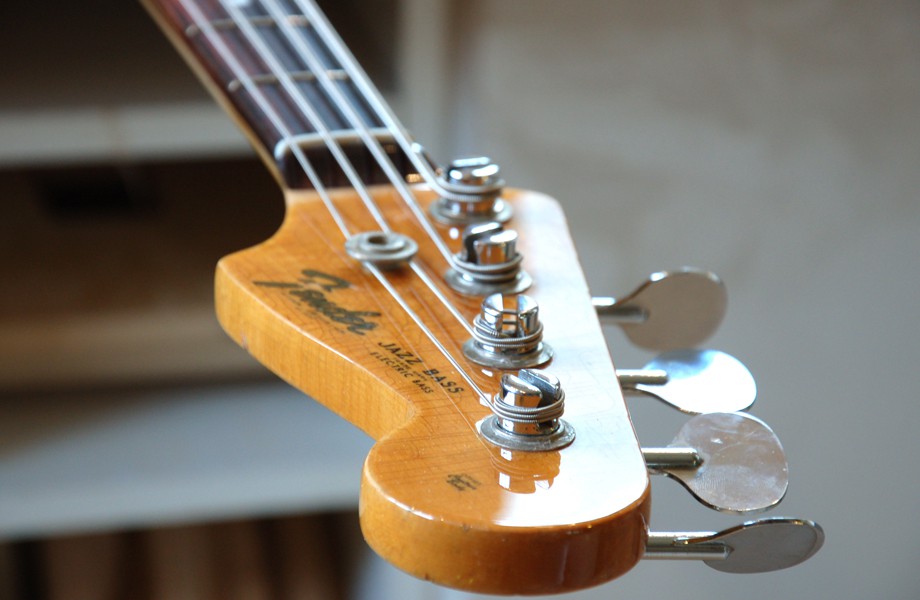