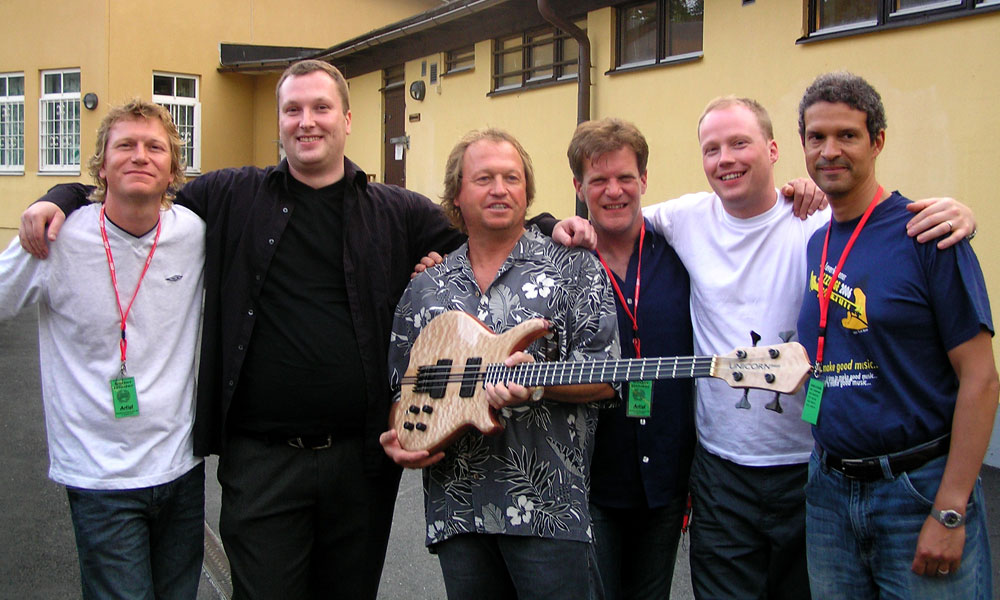 I have been asked about Mark King´s bass so many times now so it´s time to publish this article about this project. As a very influential bassplayer and one of the great top ten bassplayers in my book it was a fantastic time and a true honour around when i built the special made bass for Mark King of level 42. Many emails back and forth to get the right specs in place for Mark was a true joy and a reminder of why i do what i do. This was a tribute to my hero in short. But also in 2007, having only built basses for 2 years as a Pro, but 4 years in total, this was the peak of what i could do back then. The bass has a tremendous sustain and a very bright and punchy sound to suit Mark´s percussive style. It has a two-band EQ, Bass and treble and volume and pan control of the pickups. A very basic preamp although even back then (yes we make our own preamps) it was way above the competition. The pickups are of a S|S construction, two coils pressed against the bar. That gave a very clean sound albeit a bit thin naturally, again to suit Mark´s sound. The neck itself is a 7 piece Maple/purpleheart neck thru. One of the last ones made, we replaced that with a very special setneck construction giving even better response and the same sustain. Talking of sustain, the other bass (only two custom ones were made) made a fuzz (literally) at Fuzz guitar show 2008 where it held a struck B (tuned down from E) for what seemed to be a couple of minutes at least.. This due to the gluejoints being so exact that no exess glue is apparent, just the bridging between the woods, nothing more and the hard woods used. The spacing is a tight 16,5 mm at the bridge and the nut width is 40 mm. The body is 3-ply with Quilt maple / Mahogany / Quilt maple Bookmatched all the way. This bass wasn´t only an honour to build at this early stage in my bassmaking, it spawned a host of features and it took me to a higher level and i realised i really could do this very well. And i really love making basses! It´s been 6 years now wich seems like forever but all the sweet memories stay forever in my mind! AND i got the backplate of my bass signed by Mark as well (see pic below!) Another thing that struck me was how incredibly nice Mark is, very down to earth and very kind to people, the type of person you want to hang around just because he makes people feel great! And that goes for the rest of the band also, Lindup is very nice but more in a quiet sort of way, Gary was very interested in the bass and asked a ton of questions, so did Nathan King, Mark´s Brother as a guitarist. Mind you, Nathan is a fantastic bassplayer as well. Very humbling crowd to be with and very inspiring people, and Sean Freeman, fantastic saxplayer as well! They really have fun onstage and i recommend Seeing them live, they are really something special live! Band website: Level42.com 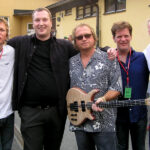 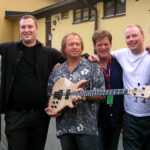 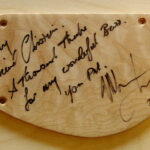 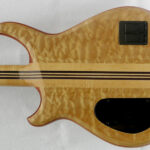 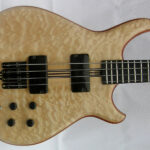 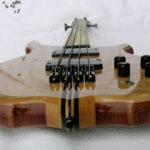 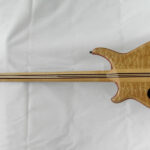 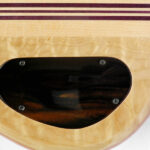 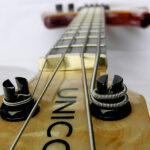 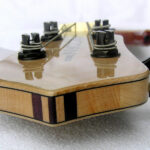 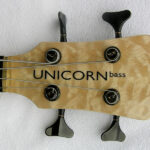 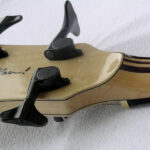